The Sultan Qaboos Cultural Center (SQCC) was established in 2005. Our mission is to share Omani culture with the American people. SQCC promotes mutual respect and understanding between our nations and strives to educate a new generation of culturally sensitive and knowledgeable citizens in each society.  Through outreach programs, scholarships, lectures, educational resources, cultural partnerships, and our cultural center in Washington, DC, SQCC shares the culture, history, and heritage of the Sultanate with Americans near and far 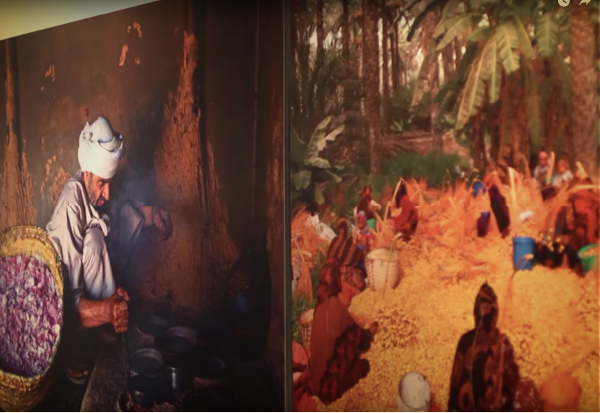 The Center is named for the late His Majesty Sultan Qaboos bin Said al Said of Oman. His Majesty was an avid supporter of the arts and cultural conservation, and the center is one of his many cultural legacies. H.E. Ambassador Moosa Hamdan bin Moosa Al Tai, Ambassador of Oman to the United States, serves as Chair of the SQCC Board of Oversight. Ms. Kathleen Ridolfo serves as Executive Director and heads the office in Washington, DC, and Dr. Iman Al Busaidi serves as the Deputy Director in Muscat, Oman. SQCC is funded by the Diwan of Royal Court,  Sultanate of Oman. SQCC is grateful to His Majesty Sultan Haitham bin Tarik for his continued support.

For more information regarding SQCC's programs, scholarships, and resources, or to schedule a group tour of the Oman cultural exhibition, please email info@sqcc.org.

Since the first visit of an American ship to an Omani port in 1790, Oman and the U.S. have worked together to foster two centuries of strong relations between our nations, as shown in the timeline below: 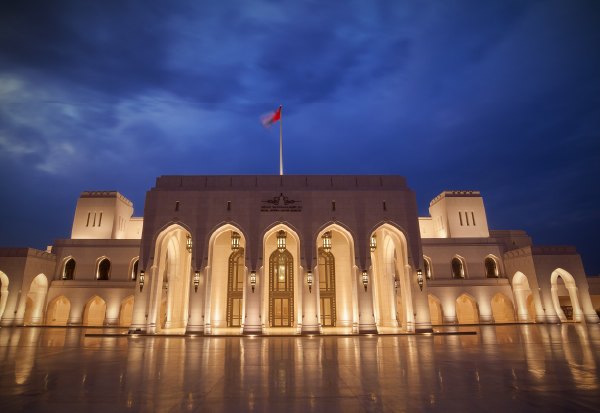 The Sultanate of Oman

Located on the southeastern tip of the Arabian Peninsula, Oman borders the United Arab Emirates, Saudi Arabia, and Yemen.  Its 119,500 square miles include varied terrain from steep mountain peaks to pristine beaches, from vast deserts to fertile croplands.  The capital, Muscat, was designated the Cultural Capital for the Arab Region in 2006 by the UN and Arab League Educational, Scientific, and Cultural Organization.

Historically, the Sultanate has been a seafaring nation and overlooks three seas -- the Arab Gulf, the Gulf of Oman, and the Arabian Sea.  Omani ships sailed to ports in India, Pakistan, China, and Africa, trading commercial goods, crafts, and cultural traditions.  Today, Oman is a modern monarchy led by His Majesty Sultan Haitham bin Tarik Al Said.  Full suffrage is granted to all citizens over the age of 21, who elect one of two governing councils.  Women play an active role in every facet of Omani life.  Adult literacy exceeds 75% and Arabic is the official language, although many languages are spoken.  Islam is the main religion and source of legislation for the Basic Statute of the State.

Oil is Oman's principal export, along with fish and agricultural products, liquid natural gas, and traditional crafts.  Oman's tourism industry plays a growing role in the economy, offering museums, sightseeing, shopping, and international style accommodations.  From watersports to desert safaris, from camel races to sanctuaries for turtles, birds, Oryx, and Arabian tigers, Oman truly offers something for everyone.

For more information about the Sultanate, please visit the website of the Foreign Ministry of Oman, Oman's Ministry of Tourism, and Ministry of Information.  To get a feel for Oman's landscapes and cities, this website has beautiful images to explore.  For more on Oman, visit the SQCC library through the portal page or at www.sqcc.org/library. 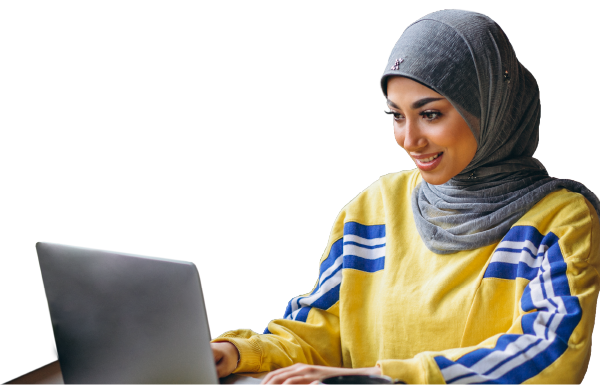