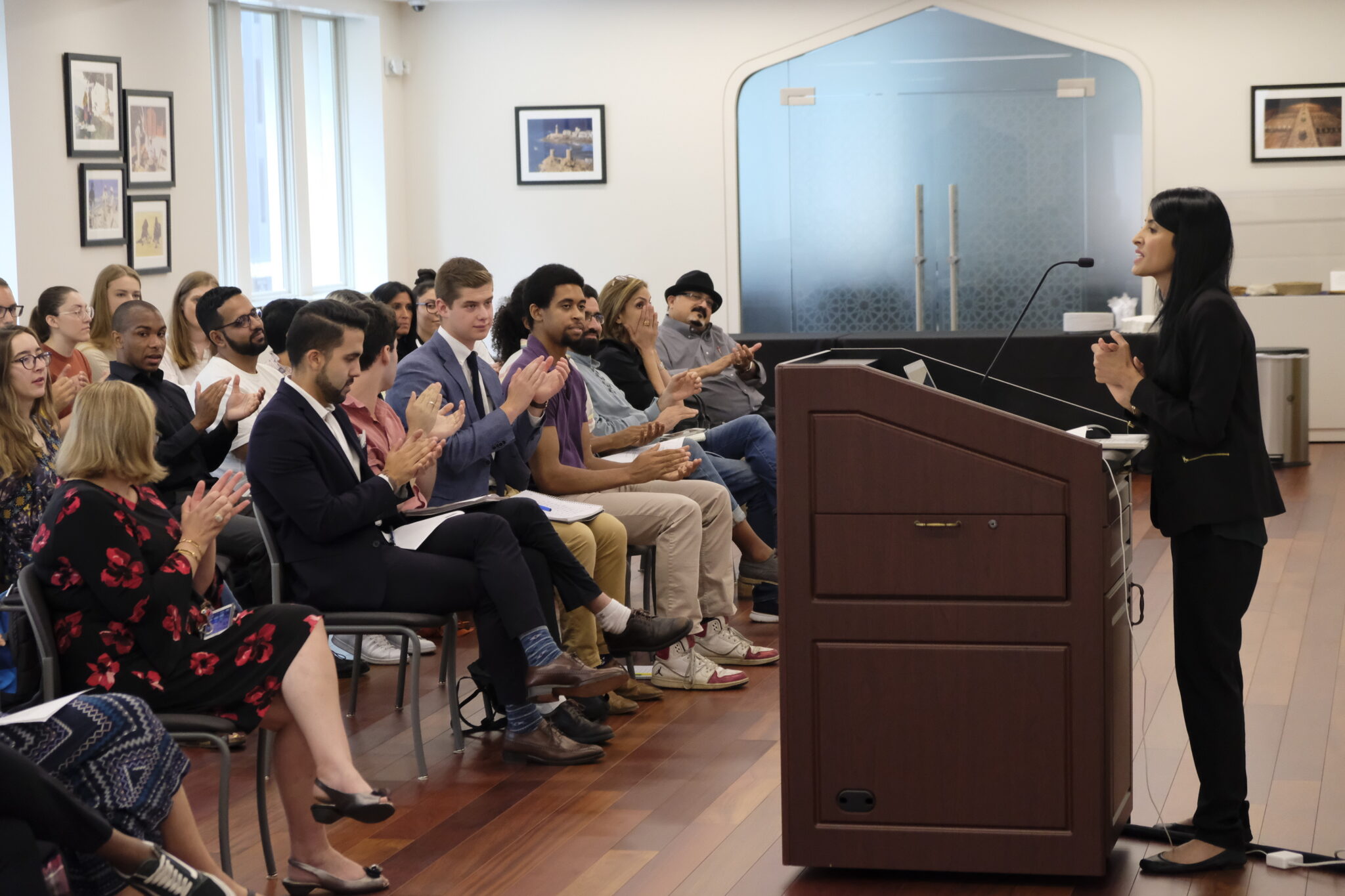 Sultan Qaboos Cultural Center Arabic Debate Society aims to teach non-native Arabic adult learners to reason their point of view, integrate evidence, and master techniques to become exceptional debaters and public speakers in Arabic. Students will learn the structure and organization of a formal debate, select and research topics, and prepare arguments to present mainly in a policy debate format.

The program consists of a series of five sessions. Sessions will cover Arabic grammar in context, Arabic argumentative expressions and debate principles. Each session will be concluded with speed debate rounds where students argue different policy issues to practice the debate skills and Arabic expressions they learned in the session. An emphasis on learning through experience and a focus on practicing debate topics in Arabic will be the focal point of every session.

On the last day on the program, students get to showcase their mastery of Arabic speech and persuasion abilities in a mini-tournament, in front of their fellow debaters, judges, and friends.

Send an email arabic@sqcc.org with the subject heading “Debate Society”.
Please include an introduction of yourself and your Arabic proficiency level.

Sorry, we couldn't find any events.